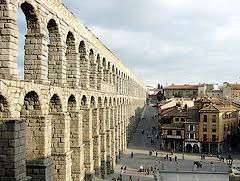 Air conditioning is considered so vital in the South that we easily forget, less than a century before, it was almost unheard of. While heating houses has always been relatively easy by using fire, keeping them cool enough to be comfortable was another matter. Modern air conditioning did not exist until 1902, and was rarely seen in private homes until the latter part of the 20th century.

There were, of course, attempts to cool indoor air before then. In ancient Rome, aqueducts ran between the walls of buildings throughout the city so that the water that flowed through them to make homes cooler. Ancient Chinese engineers were even cleverer. During the Han Dynasty, inventor Ding Huan created a giant fan that could be run manually by turning a series of wheels. The fan would cause a cool breeze to flow through a building. Later versions were powered by flowing water.

Attempts to use chemistry to keep cool came much later. One of the first attempts was in 1842 by a physician in northern Florida, Dr. John Gorrie. He used compressors to make ice, which he would then use to cool the air for his patients. His plans were ambitious. He imagined the ability to cool entire cities. While Gorrie received a patent for his invention, he failed to secure funding. He never fully developed his air-cooling technology; the machines he created tended to leak and required frequent repair. It would be another 50 years before anyone achieved a successful venture in air conditioning.

The next foray into air conditioning was not a product to keep people cool, but to maintain constant humidity in printing. Changes in humidity could negatively affect the product, so, it was in the interests of the printers to keep their facilities as even in temperature and humidity as possible. A young inventor named Willis Carrier patented a device to maintain constant humidity and air temperature in 1906. His invention, which used condensers and fans, was popular with those in many types of manufacturing. By 1915, Carrier and his newly formed company were selling their machines to meatpacking plants, munitions factories and others in industrial settings all over the north. In the south, a textile engineer named Stuart Cramer began selling cooling units to textile mills, and coined the phrase “air conditioning” for his product. 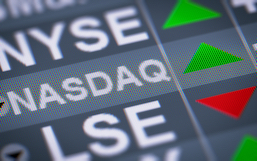 Demand for keeping the air cool for the benefit of people was not as robust, but examples showed up here and there. Alfred Wolff created a system for keeping the New York Stock Exchange's trading room cool in 1902 that used a series of pipes that ran through the room. Millionaire Charles Gates's home had the first residential air conditioner installed in 1914. In the 1920s, movie theaters started offering air conditioning to draw in customers on hot summer days. The Depression and World War II hampered the spread of home air conditioners. It was not until the late 1950s that demand really began to grow. In 1955, there were about 430,000 homes in the US with central heating and air. That number skyrocketed to 3 million within the next decade. By 1985, nearly three quarters of all homes had air conditioning. That number jumps to 90% if you look only at homes in the sultry south.

Air conditioning contributed to booming growth many southern states in the latter half of the century. Previously, the nearly year round warm weather was considered a drawback. However, now you can escape inside to a cool environment at will. Air conditioning made warm weather our greatest asset.

We have also developed a fun and entertaining infographic that shows you a unique look at The History of Air Conditioning. Check it out today.